- Publishing of the electronic and printed files of the selected scripts

Submitting a script for this competition constitutes acceptance of the rules established in this document.

1) Brief synopsis of the story in the script in no more than 6 lines.

2) Expanded synopsis of the story in the script in no more than one paragraph.

3) Premise of the story in no more than two lines.

1) Contest registration will open on the posting date of the call for entries.

3) The script should be in one of the genres promoted by the LUSCA Caribbean International Fantastic Film Fest (fantasy, science fiction, horror, dark comedy, bizarre).

4) For co-authored scripts, the awards will be issued only to the main author who will have the responsibility, if any, to distribute them as appropriate.

5) The screenplay should be written in Spanish and/or English, unpublished and with no previous production agreements.

6) The script should not be longer than 10 pages.

7) All entries should be original works and not currently participating in similar contests or other screenwriting competitions.

8) Submitted scripts are considered final and no substitutions or changes will be accepted once a script is duly registered for the contest. Submitted scripts should comply with all the established participation requirements and should be in standard script format. Failure to comply with any of the participation requirements established in the call for entries constitutes enough reason to be disqualified and taken out of competition.

9) Award winners will be announced in a national press release and through the www.lusca.net sites and social media.

10) The jury of the LUSCA Fantastic Short Script Contest will be comprised of reputable filmmakers and film specialists. It’s a closed jury who submit their scores to be counted. The jury’s decision is unique, final, and unappealable. In the event of a tied vote, the Executive Board of Directors of the LUSCA Caribbean International Fantastic Film Fest will decide the impasse through a special vote.

11) Events unforeseen by the call for entries will be resolved by Executive Board of the festival and the contest jury, if needed.

12) LUSCA Caribbean International Fantastic Film Fest reserves the right to publish and distribute the works either in print or electronic format through the online collection.

13) Participants’ copyrights will be respected at all times. The corresponding credits will be given.

14) LUSCA Caribbean International Fantastic Film Fest Executive Board of Directors and/or the LUSCA Fantastic Short Script Contest organizers will address any concerns that could arise during the jury deliberation sessions and its jurors, as well as concerns related to justifiable exceptions, if any, from the contest participants.

15) Once the project is registered, under no circumstances and for no reason it can be retrieved from competition.

16) The winning authors agree to attend promotional events or media-tours of LUSCA Caribbean International Fantastic Film Fest and to participate in scheduled alternating activities related to the LUSCA Fantastic Short Script Contest and which are to be notified at least 24hours before.

17) Contest winners and selected works will keep all the rights under the Federal Copyright Law and the Intellectual Property Law of Puerto Rico. The only responsibility is to establish that it was a winner of the LUSCA Fantastic Short Script Contest on a separate card shown for no less than 4 (four) seconds at the beginning of the short film, in case the script is produced.

18) Participants with questions or interested in additional information about the call for entries, as well as the selection process, the jury or its results, should write to the contest official email: scriptcontest@lusca.net  No requests will be accepted through other means. 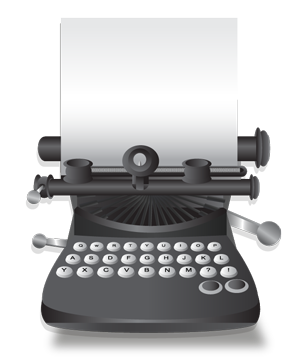