Lusca Film Fest is a week-long film festival held annually in Guaynabo, Puerto Rico. The festival enjoys an unrivalled reputation as a launchpad for fantastic genre films, a credible forum for industry events, networking, and a stimulating, inclusive environment for all audiences. Activities, special events and workshops are consistently structured around the festival’s themes. Festival also includes a series industry-related awards, acknowledgements and recognitions.

Born as the Puerto Rico Horror Film Fest in 2006, the festival became a reference point for the Hispanic-American production of fantastic films. It has evolved into the major international film festival in the Caribbean devoted to Sci-Fi, Thriller, Fantasy, Horror, Dark Humor, Anime, Animation, Action/Adventure, Cult, Musicals, and Bizarre in Short and Feature Films, from around the globe. The Festival continues to grow in terms of programming, media relevance and, most importantly, in terms of attendees.In 2016, the Puerto Rico Horror Film Fest became Lusca Film Fest. 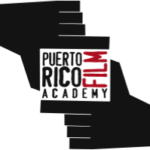 As organizers of the LUSCA Caribbean International Fantastic Film Fest and the Puerto Rico Horror Film Fest, we are always willing to review your comments, inquiries or questions regarding the Festival. On this page we've included various addresses, as well as a form, which is directly received by the creators of the page.

We’d love to hear from you! Send us your comments and suggestions to:  [email protected]. You’ll hear from us shortly.

Register to the LUSCA Newsletter